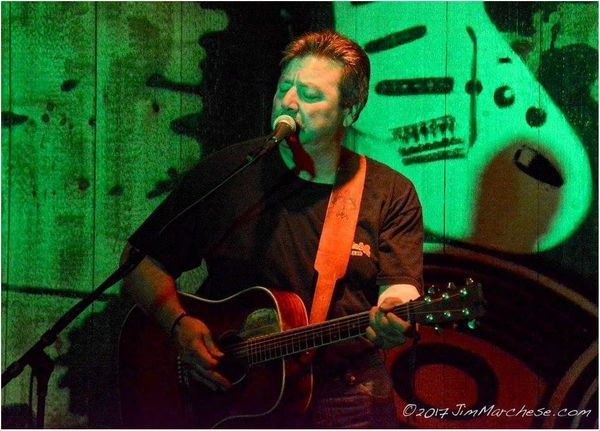 Jim Treulein, a longtime veteran of the local music scene, is a popular musician here in Long Island.  Widely known as a "songfinder", Jim's mastery of the Americana genre always captures the hearts of a live audience.  His latest release, Couldn't Shake It If I Tried, is an excellent collection of songs by Dee Harris.  Join the Jim Treutlein Mailing List. 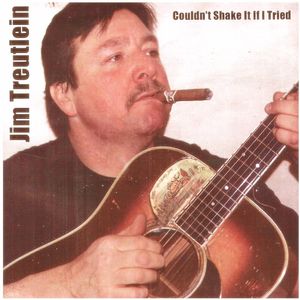 ALL SONGS WRITTEN BY DEE HARRIS

"Jim Treutlein...Big Bad Rhythm Guitar King-Songster-Interpreter-Twister and Animator of some of the coolest lowdown songs around.  He's part of a big circle of people called Songsters from our great American musical Heritage.  People that have hundreds of great songs in their head.  Preserving and playing...that's what they do.

This project started with a 12 song demo, dropped off at Jim's home.  Songs that he had never heard before.  Jim embraced them and made them his own in record breaking time and incorporated these songs into his live performances...that's what songsters do.  You can hear Jim all over these recordings with his Martin D35 (1974 Starburst) and his powerful RIght Arm Rhythm and Killer Voice.

Jim is one of the most honest hard working people that I know.  Supporting his wonderful family and doing gigs like crazy.  When you find yourself onstage with Jim, things go easy.  You can see him get in "His Spot", he's there - he's gone.  When he looks at you and says "Pick it" or "Take it", he has no expectations of the solo that's on the original recording.  He wants you to play like YOU 'cause that's what he does; he's up on stage being Jim Treutlein."

Couldn't Shake It If I Tried

Jim Treutlein, a longtime veteran of the local music scene, is widely known as a "songfinder" whose mastery of the Americana genre always captures the hearts of a live audience. His latest release, Couldn't Shake It If I Tried, is an excellent collection of Americana songs by local songwriter Dee Harris.