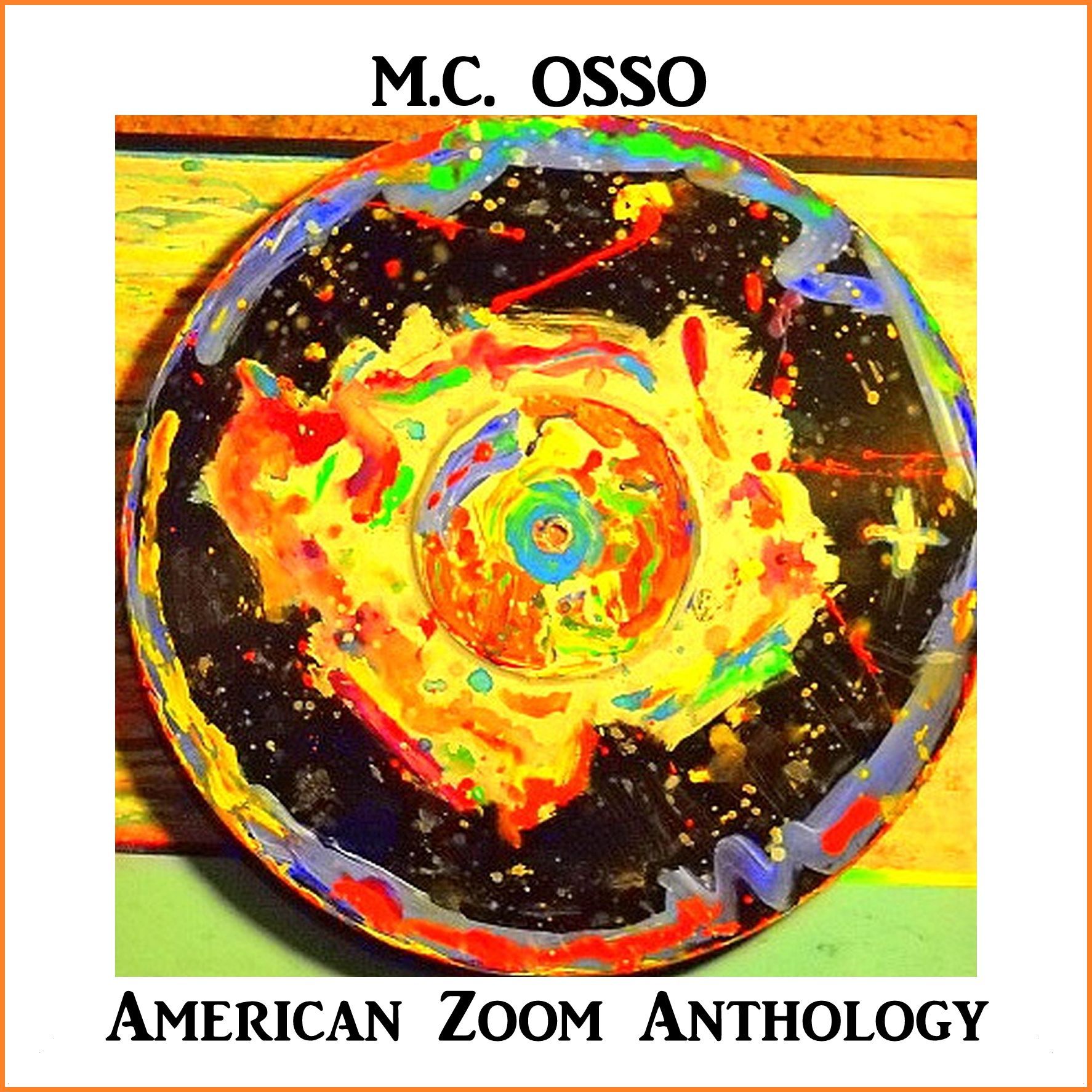 Mind Smoke Records is proud to announce the release  of

that capture the many musical personas of this mercurial artist. 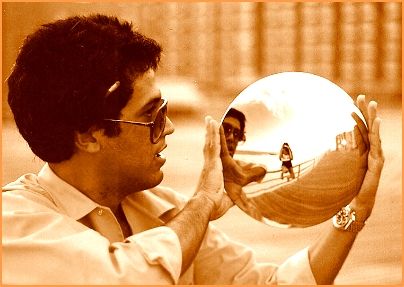 "Who was M.C. Osso?"  M.C. Osso was a true renaissance man who spent his life expressing himself through the creation of music, paintings, photographs and graphic designs before passing away due to cancer in 1998.  I first met M.C. back in 1977 when I moved to Long Island to pursue a musical career with the Freelance Vandals.  I could tell right away that M.C. was radically different from most of the other musicians on the local scene.  I can recall that his early music was based in the coffeehouse folk music genre.  Within a year, he had switched horses and planted his flag as a genuine rock & roller who fit comfortably in what was called the "new wave" at that time.

Born in Cuba and raised in Florida, M.C.’s real name as Mario Castellanas Ossorio.  As a songwriter, some of M.C.’s earliest influences on his lyrics can be found in the work such writers as William S. Burroughs and Franz Kafka.  His work as a painter and graphic artists reflects stylistic influences from such surrealist artists as Andy Warhol, Dali and Rene Magritte.  One of M.C.’s earliest music influences, as featured on Umbra Penumbra (the only official recording released during his lifetime), can be found in the work of Bob Dylan.  During the 1970’s, M.C. drew inspiration from the work of the new-wave band, Devo.  All of these artistic influences instilled a unique personal life view in M.C. Osso that demanded spontaneous expression at all times. 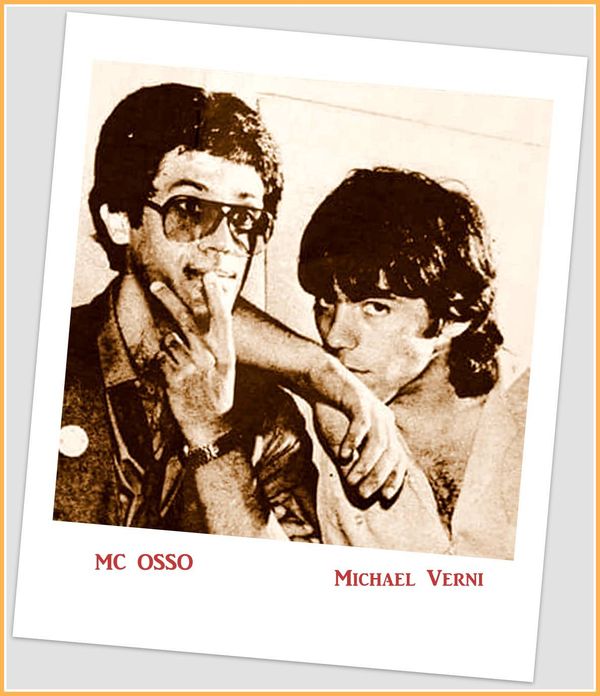 Here are several excerpts from M.C.’s 1998 obituary in Newsday by staff writer, John J. Giuffo: “M.C. Osso, a Setauket-based singer-songwriter-artist whose blues-tinged rock and rock-tinged jazz was described as eclectic, was a work under construction, always changing himself, always challenging himself…’M.C. Osso lived and worked outside the system…He created his art according to his own rules, paying little attention to the business side of music.’ said Michael Verni, a friend and musician who knew M.C. Osso for more than 20 years.” 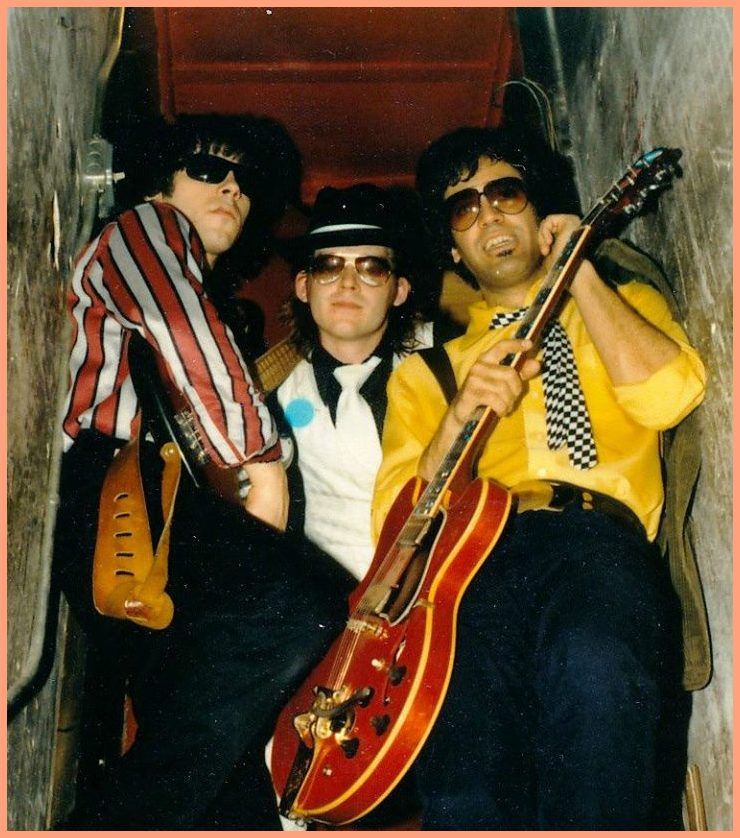 “Sometimes M.C. Osso played as part of a band – Hot Soup, The Reflectors, Agent Orange and Delta 88 among them – sometimes he played alone.  The harder-edged rock softened towards the end of the 1980’s when he began exploring a jazzier sound.  He ended his career as he began it – playing for small groups of people in intimate local bars.”

Here are several excerpts from a New York Times review of an M.C. Osso show circa 1978 / 1979 by Proctor Lippincott which sheds light on M.C.’s artistic sensibilities: “M.C. Osso exudes the kind of indomitable individualism that appears to leave his imprint on everything, from wearing clothes to creating pop art designs to playing music…His mode of dress also reflects other personal idiosyncrasies. 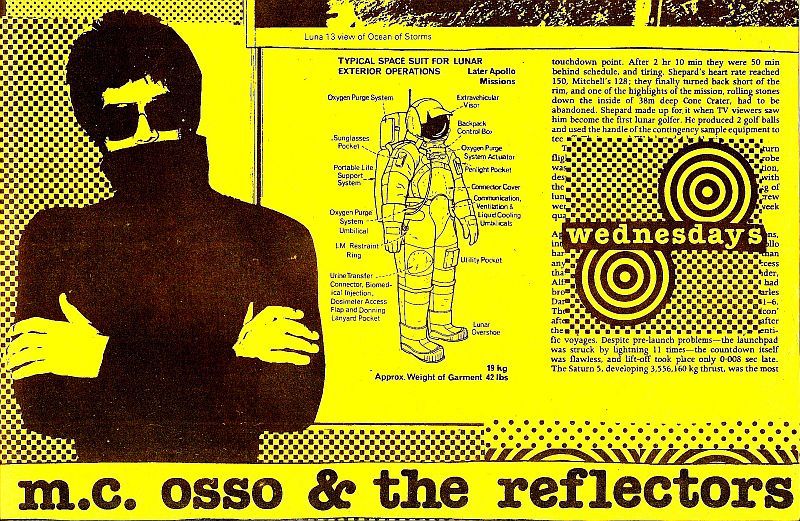 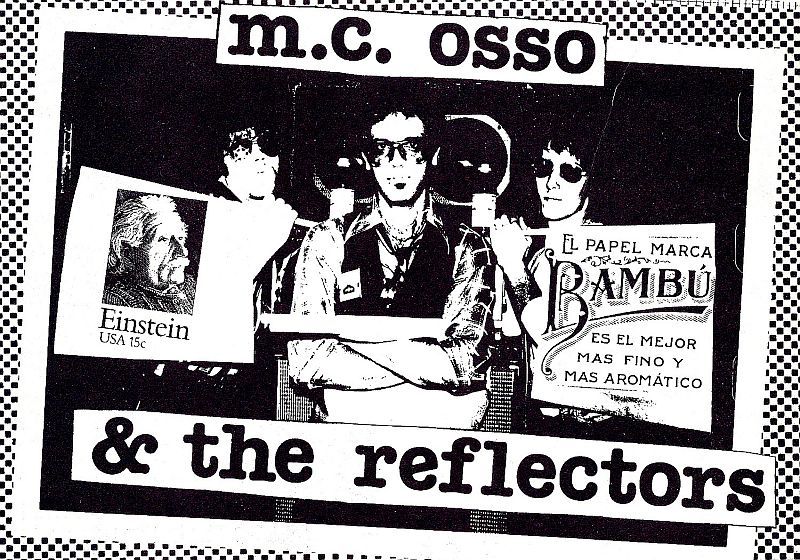 "He wore a button – a large square one --- on his vest, which featured an overlapping series of geometric designs in different colors.  ‘That’s my ID badge for a state of flux,’ Mr. Osso said, ‘a futuristic thing.’  The buttons were designed by Mr. Osso, as were the stickers that are liberally affixed to every available surface on the cases that house his demo cassette tapes.  Some of these double-entendre stickers might be interpreted as a commentary on the recognition his undeniably unusual talent deserves (Rush, Overdue); others may be humorous editorial asides about his music (New Shape, Shake Before Use) or the quality of his recordings (Color Sound, Triple Strength Tru-Image Magnification)."  (NY Times) 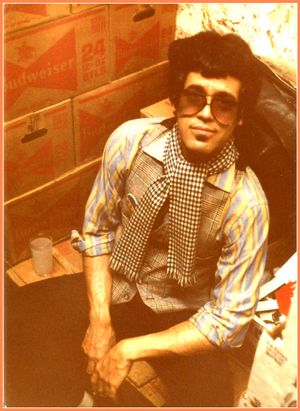 ‘I got some crazy ideas,’ said M.C, ‘I feel like I lived in a separate world.  For a long time, I played acoustic music by myself.  When I saw that a lot of people regarded the oh-so-mellow sound of Jimmy Buffet as the epitome of acousticness, I decided I had to find a new direction’ (NY Times) 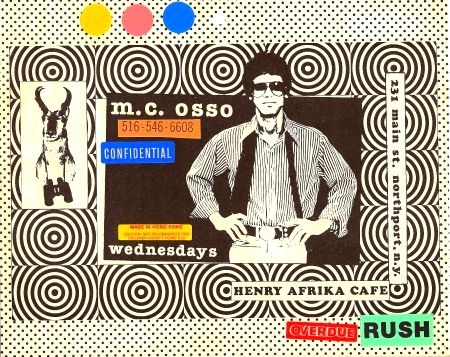 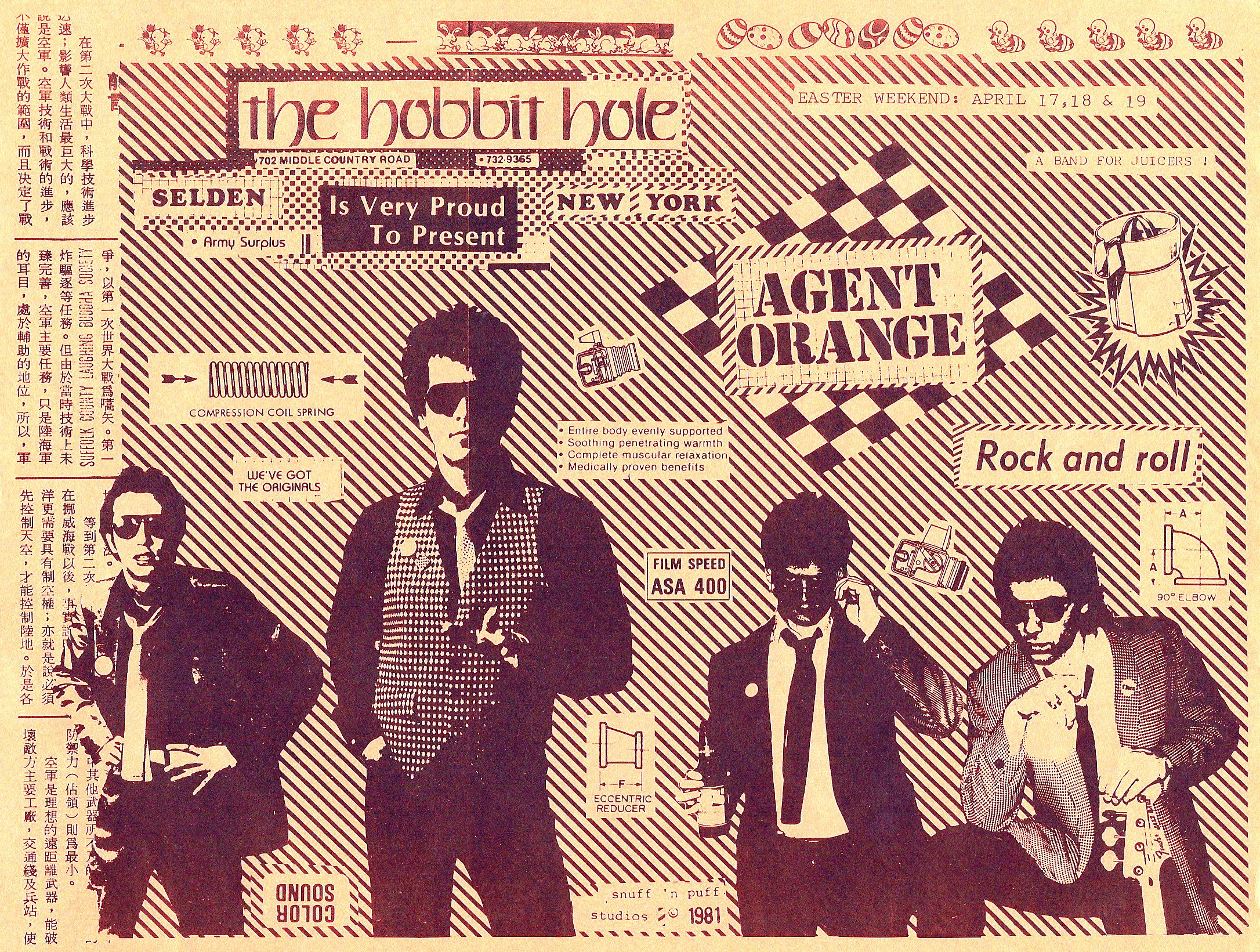 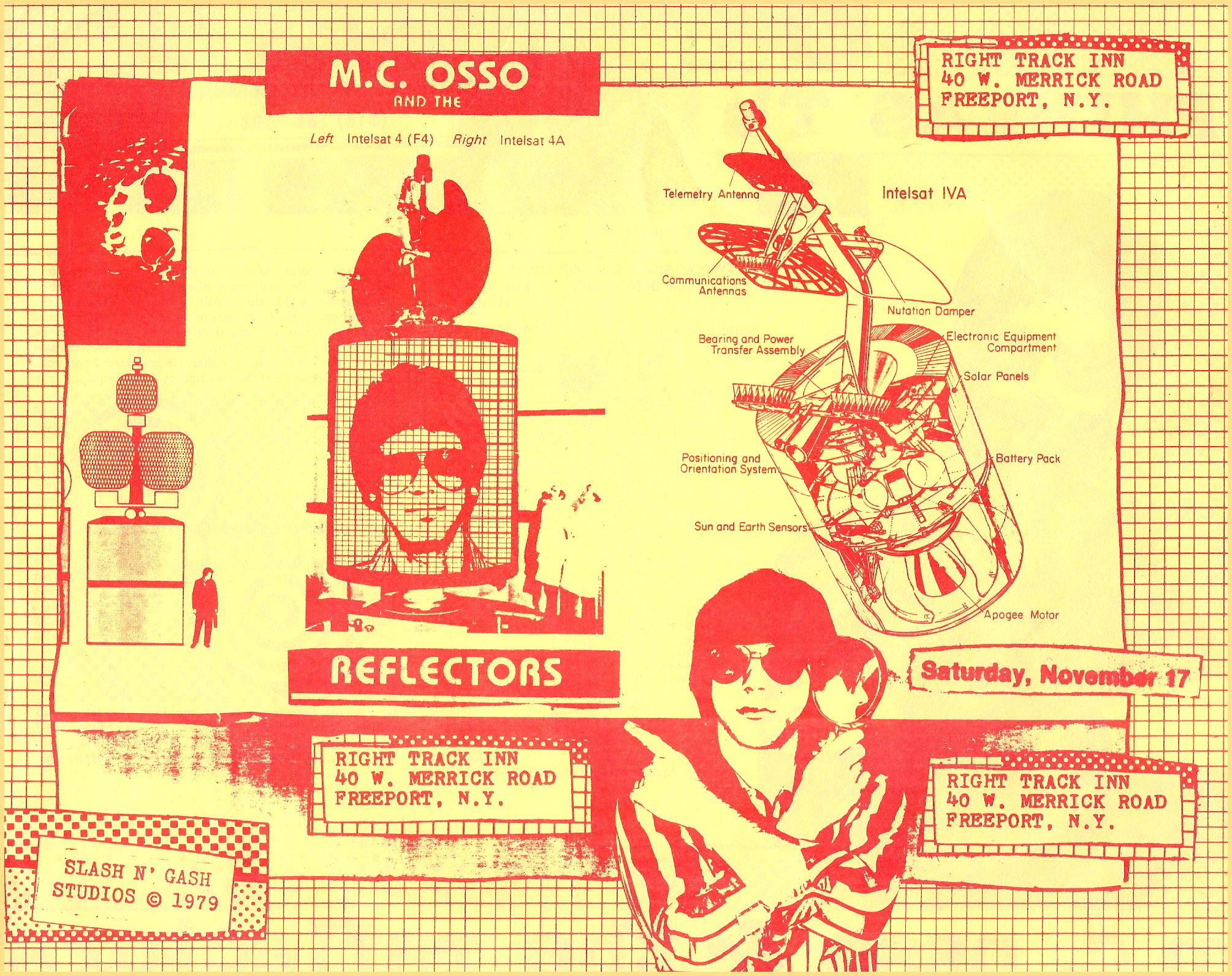 "Part of the inspiration for this stylistic shift may have come from Devo,"  Mr. Osso said.  Like Devo, M.C. Osso uses his music to comment on the human condition but through lyrics that are at once more poetic and complex, and in a style that is decidedly more human.  With his unconventional spacey humor, M.C. Osso might be called a spiritual descendant of Sun Ra.  By the virtue of the intensity, dynamic range and elastic vocal phrasing that he brings to everything he sings, M.C. Osso could be compared to such great soul and rock singers as Otis Redding and Van Morrison.  Inflectional hints of Eddie Cochran and Bob Dylan can also be detected.” (NY Times) 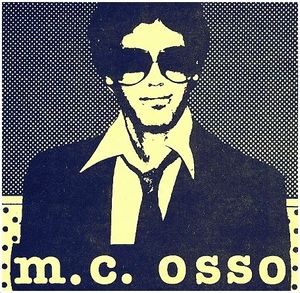 M.C. Osso’s AMERICAN ZOOM Anthology is out now and available for downloads and streaming on the following platforms:  AMAZON, APPLE MUSIC, CD BABY, and the Mind Smoke Records DOWNLOAD STORE. 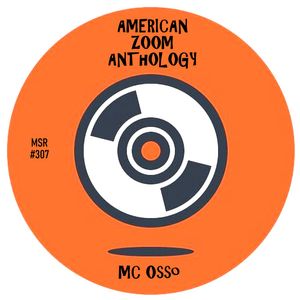 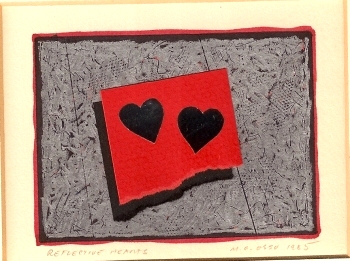 All proceeds from the sale of M.C. Osso music will be donated to the MUSIC CANCER FUND.  This charity offers support to musicians who are currently battling or recovering from all forms of cancer.  Please lend your support to this worthy cause. 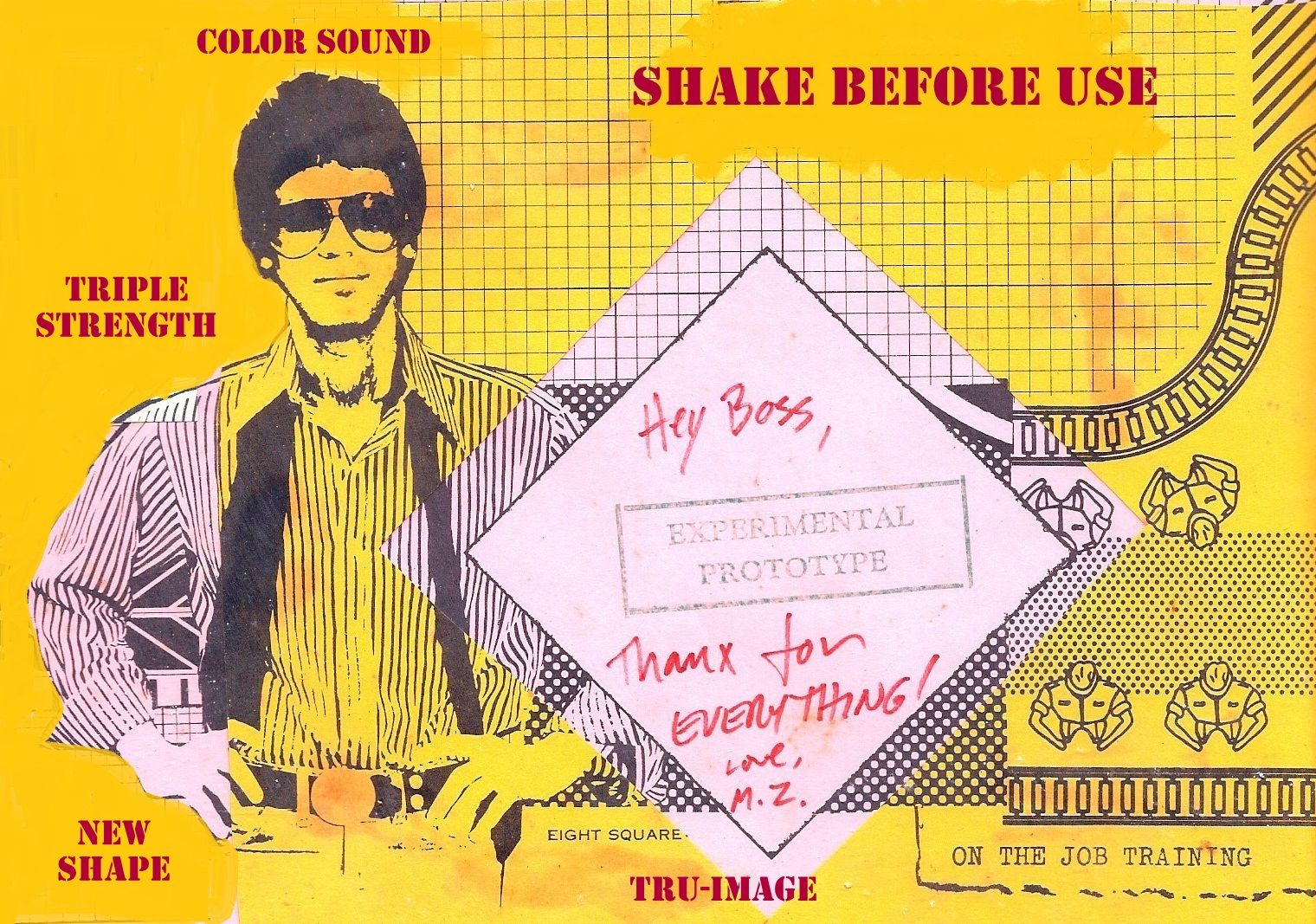 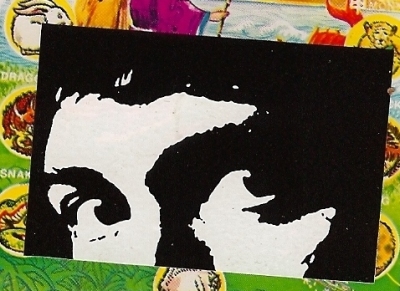 In 2016, I decided to start compiling M.C.'s music in the hopes of releasing an anthology album on the Mind Smoke Records label.  Over the next several years, many of M.C.'s friends donated tracks of his music and images of his artwork as the idea of the American Zoom Anthology album became a reality.

Special Thanks to the following folks for sharing their 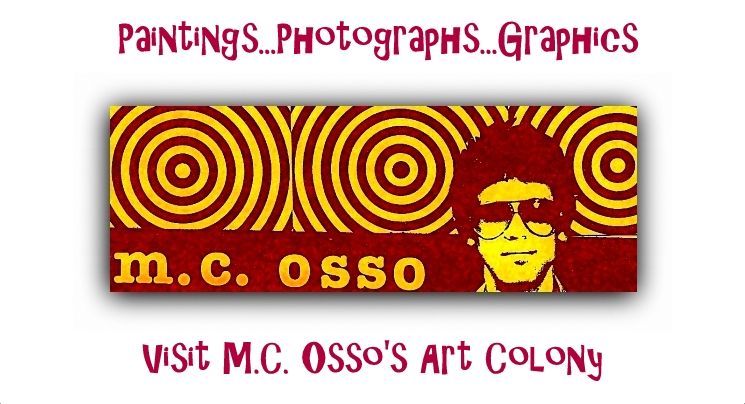 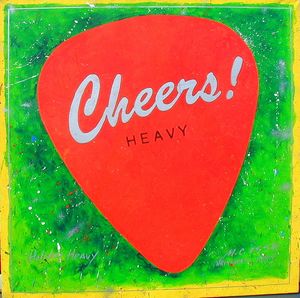