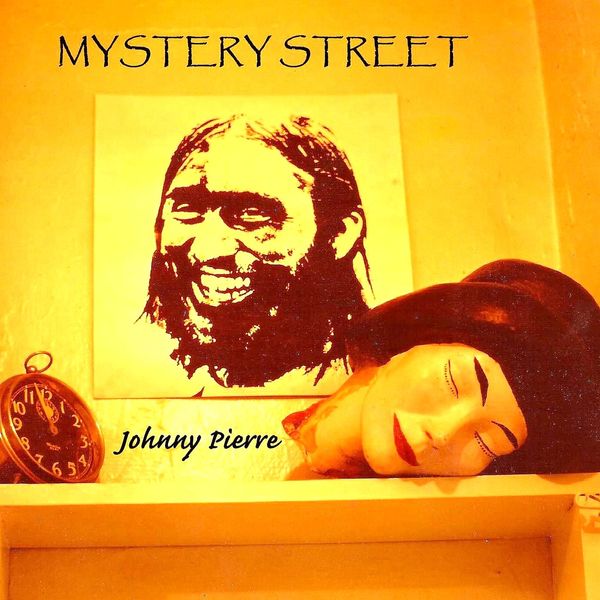 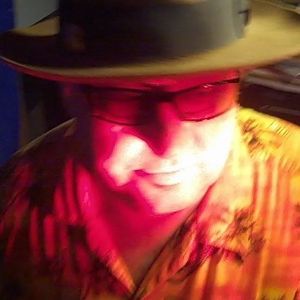 A few weeks ago, I released Mystery Street,

The idea for this particular project came about when I realized

I hadn't released a new album in 4 years

as I've been preoccupied with work on two other projects... 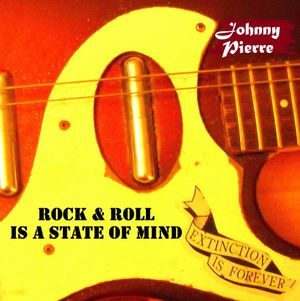 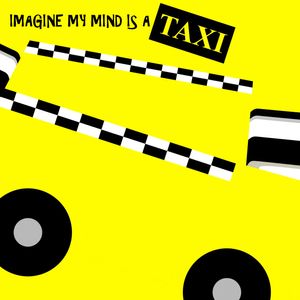 & Imagine My Mind is a Taxi; an album of music inspired by the writings of Richard Brautigan 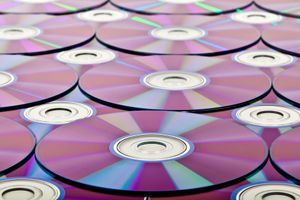 Last October, I was browsing through my recording archive

when I came across a bunch of stray tracks;

some songs that had been released as singles

and some tunes I'd recorded but never officially released.

I ended up getting lost in the sounds for quite awhile.

Listening to these various tracks convinced me

that it might be time to release an anthology of these recordings. 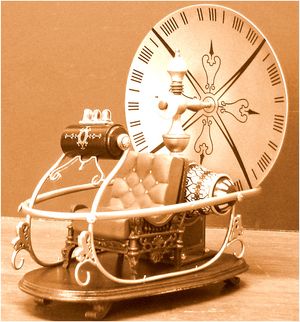 For me, music serves many functions.

when it's like taking a ride in a time machine. 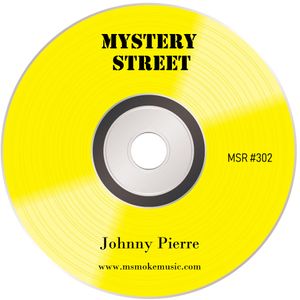 NOTE: I've posted a YouTube video for each song on the album.

It may take a moment for those videos to load. 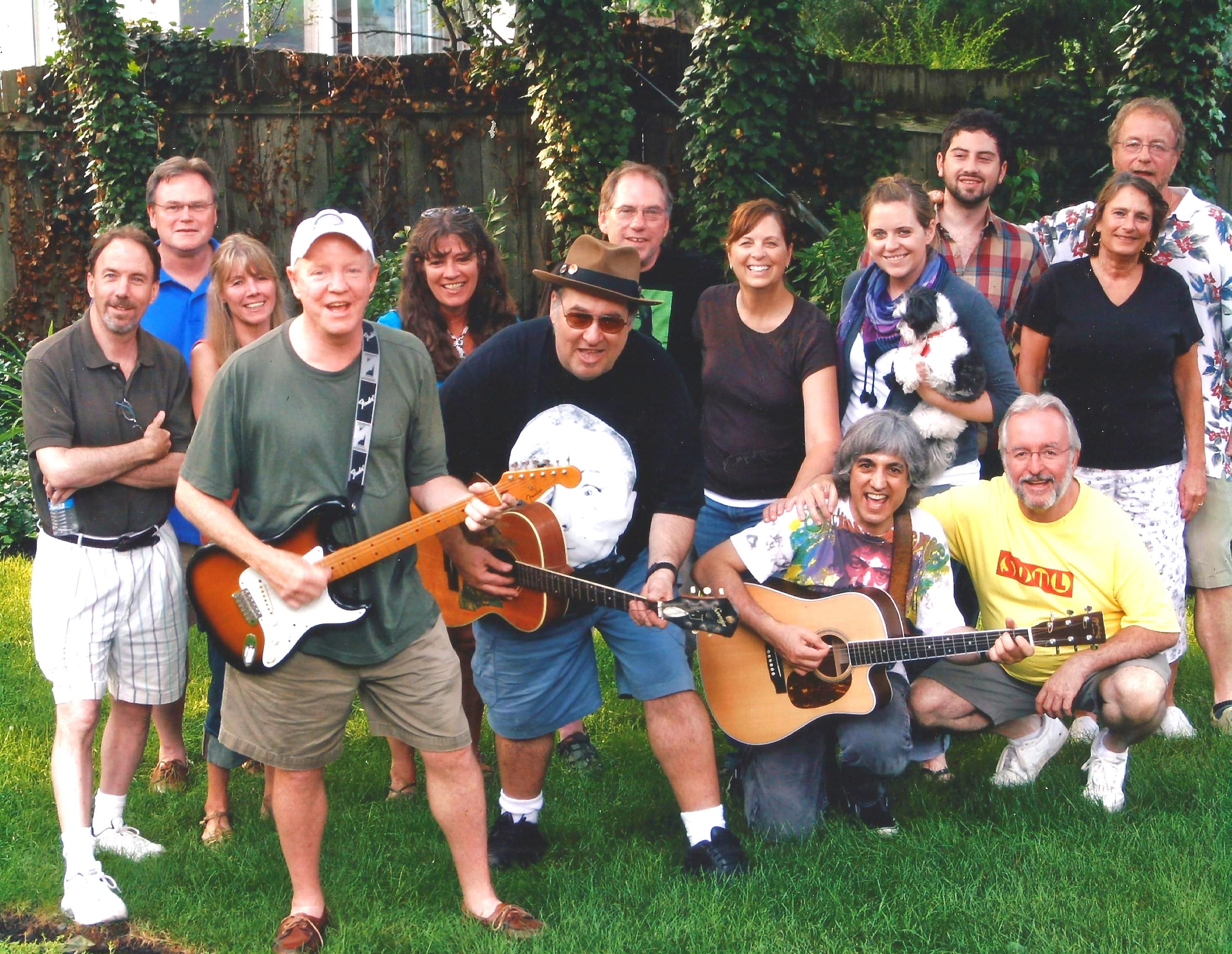 Mystery Street is a tune I wrote and recorded right before I journeyed back to The University of Dayton for my 35th college reunion back in 2009.  I hadn't really thought about my college years for quite a long time but this reunion opened up a floodgate of memories.  The process of writing this song brought back a host of faces, places and moments in time.  I don't think I could have written this song when I was younger.  Back then, everything was about the here and now:  As time rolls on, it always gives a person perspective.  Time is a river and the music lasts forever. 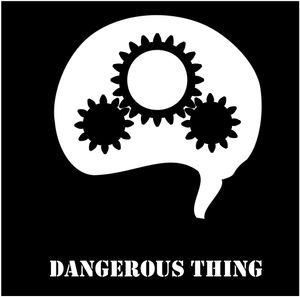 This is a track from 2007 that I recorded and then completely forgot about.  The song takes a look at the daily uncertainties of modern life, choices one makes, being in the moment and living with the past.  For me, this recording was a good example of being in the moment.  I had been working on the song for awhile but couldn't seem to come up with a set of lyrics so one day I just set up some microphones, hit record on the computer and played the song while improvising the lyrics.  As a songwriter, I've found that on occasion songs just appear in thin air and it's your job to find a home for them. 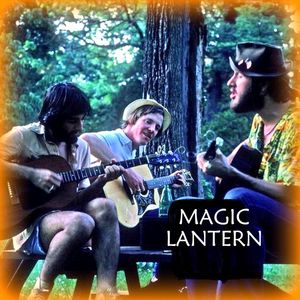 Magic Lantern is a pretty little tune that I wrote back in 1971 when I was a student at the aforementioned University of Dayton.  Early on in my Sophomore year, I had struck up friendships with Ray Finch and Chuck CIany who were part of the popular trio Chuck, Ray & Eddie.  Shortly after meeting Ray and Chuck, we started playing music together.  As I recall, I wrote Magic Lantern shortly right meeting the both of them and within a short space of time we added Jim McCutcheon (flute & classical guitar) to our little group and began doing gigs at local coffeehouses around the University.  Besides doing cover material, we would perform some of our own material when we did shows. 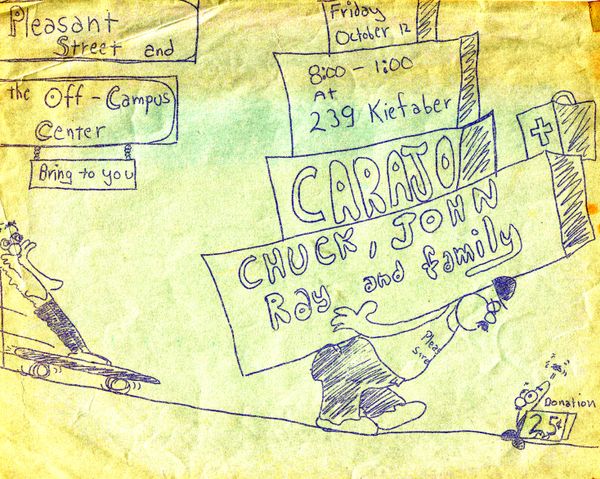 After college, we all moved to Maryland to pursue our dreams of rock band stardom in a band called Mama's Boys.  Things didn't quite pan out there so Ray & I headed back to Long Island where we regrouped as a new version Freelance Vandals in 1976.  Three years later, Chuck would join the band.  We still get together to play music whenever we can.

The initial recording was started in 2017 and then in 2018 Ray & Chuck stopped by my studio and helped me out on the backing vocals.  A couple of weeks later Ray added some tasty acoustic guitar to the track.  I find it amazing that this recording pretty much reflects exactly how the three of us sounded in our coffeehouse days all those years ago. 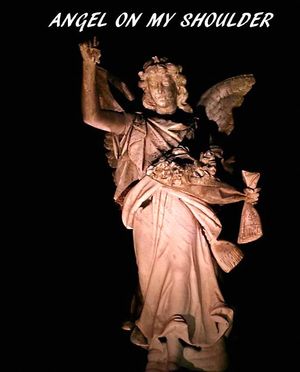 Angel On My Shoulder is a song that I started writing back in my Dayton days circa 1974.  The music came to me right away but I could only pull together the first verse and chorus of the lyrics.  After repeated attempts to finish the song, I ended up putting the lyrics away in my big box of unfinished songs.  Some songs have legs and this one certainly did because I ended up finishing the lyrics in 1985 after witnessing the romantic turmoil one of my musician friends (you know who you are) was experiencing.  I recorded this song on the Biscuit Kings album, Hambones & Trombones (out of print), in 2009 but my favorite version of the song is this one because the stripped down sound of keyboards and bass supports the feel of the tune as a ballad.  Special thanks to Al Speed (keyboards) and Jeff Goldstein (bass guitar) for their tasty playing. 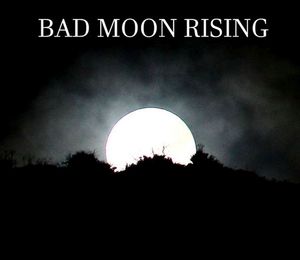 Track 5 is a cover of John Fogerty's Bad Moon Rising: the original version by Creedence Clearwater Revival always bothered me a little bit due to the fact that Fogerty's dark lyrics were sung over such jaunty music so I decided to play it like a dirge. I recorded this one right after Hurricane Sandy hit Long island in 2012. Don't go out tonight, stay here in the light.  Kudos to the folks who helped me out on this recording; my fellow Biscuit King Dave Filloramo (Lead Guitar) and my Belgian friends Don Reintier (Standup Bass) and Rudy Schnee (Drums) 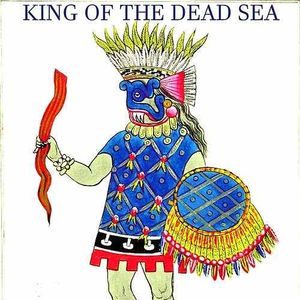 King of the Dead Sea was written in 2009.  The genesis of the song can be found in the seeds of political division that began to appear in the United States of America. The rise of the religious right wing in America inspired this particular lyric: Trouble always starts when you put words in God's mouth.  Amen.  Thanks to Rusty Walker (Keyboards), Rudy Schnee (Drums) and Jeff Goldstein (Bass). 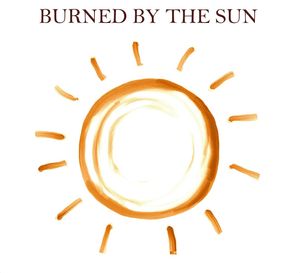 This is the oldest recording on the album.  It was written and recorded in 1998 and was part of an unreleased album titled Radio Lux. Burned By The Sun describes a chaotic romance that is in the process of melting away into nothingness.  I've always liked the 2nd verse : There's a girl in a dress, looks like summer, what's her name, what's her number, swinging like Jesus on a Lazarus tree, she was always good to me.  Special thanks to the players who helped me out on this track: Adele Gaillard (Drums) and Victor Maes (Saxophone) 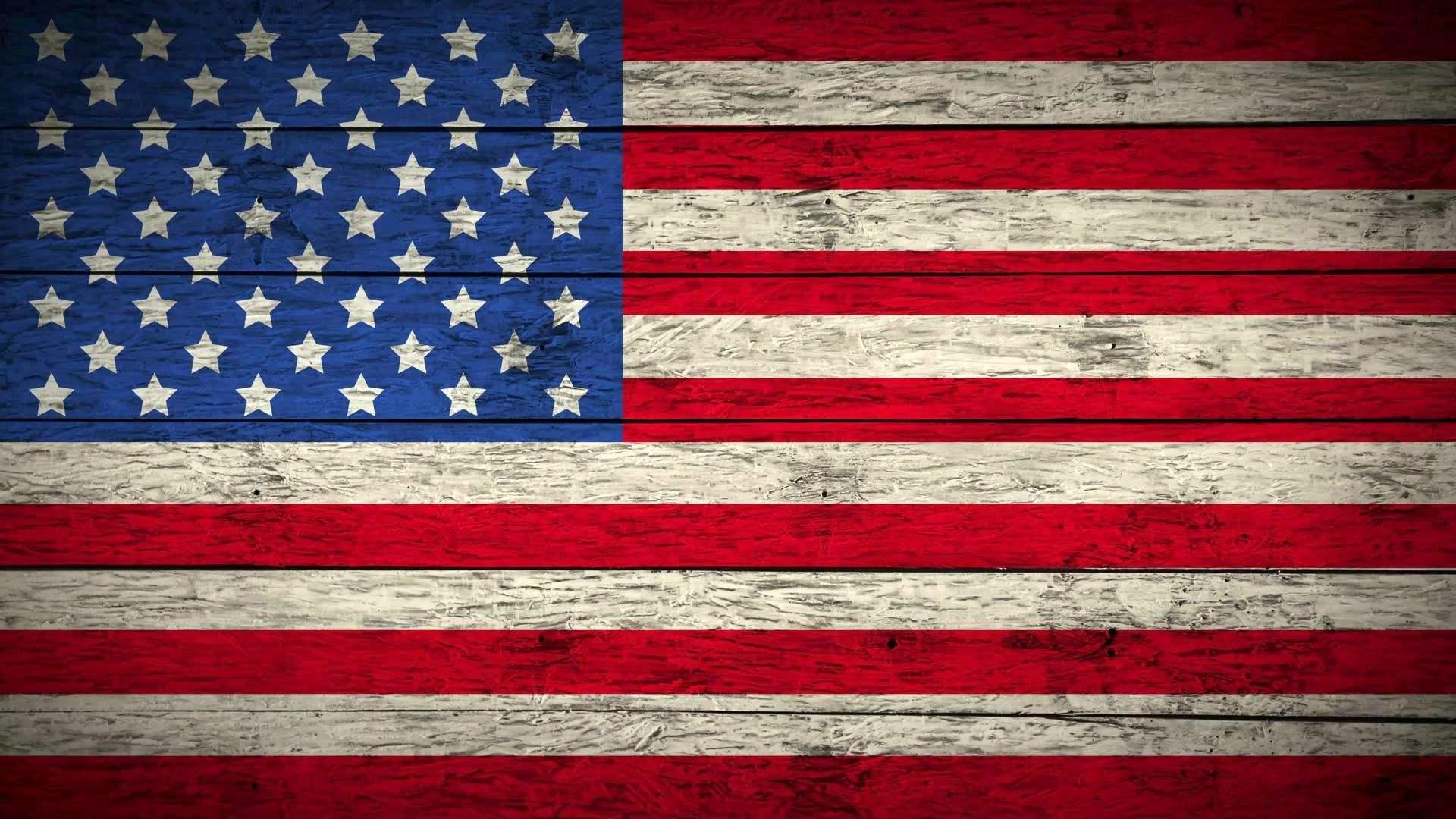 This is a ballad that was written in 2010.  Oddly enough, I've had a number of people over the years ask me if I wrote this song about them.  It's actually about a place called America.  I don't consider this a political song.  It was written as a glimpse at the drumbeat of nationalism that was just beginning in 2010.  On the lighter side of things (speaking as a songwriter), I can't believe I found a way to use the word "conundrum" in a song.  Hoo hah!  This recording originally appeared on the aforementioned Biscuit Kings 2009 album, Hambones & Trombones.  This track, along with Song For The Wild Boys and Prayers Before Sleeping, were all written and played in Open E tuning on my old acoustic guitar.  I've always like the wide open full sound of that particular tuning and have used it many times over the years.  Thanks to Jeff Goldstein for his (always) tasty performance on the bass guitar on this track. 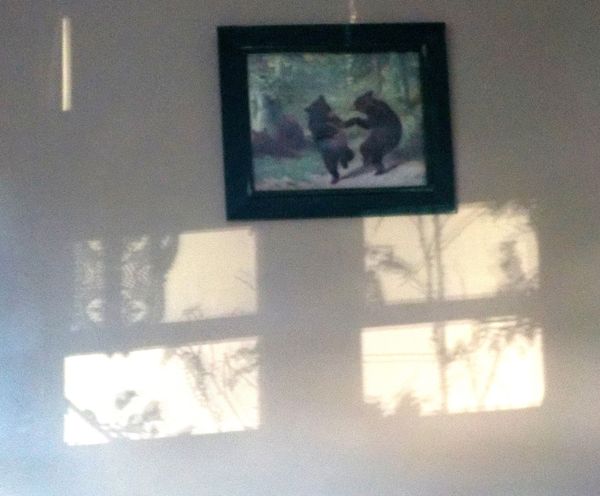 Song For The Wild Boys was written in 2012 for Imagine My Mind is a Taxi, the aforementioned Richard Brautigan project.  I wrote this one right after reading the opening chapter of Jubilee Hitchhiker; William Hjortsberg's excellent biography of Richard Brautigan.  Hjortsberg's opening chapter was centered around the day that Brautigan committed suicide.  Much of that opening chapter seemed to have a cinematic flow which is something I tried to impart in this song.  Sometimes it's best to try and capture the true emotion of a song immediately.  Over the years, I've learned how iimportant it is to do that before you have time to overthink exactly what you're trying to say in a song. 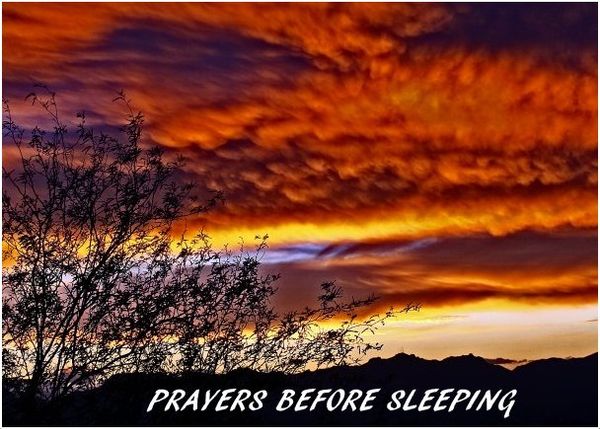 The album closes out with this ballad that was written and recorded in 2000.  Some folks have asked me if this is a religious song.  It's not religious at all.  The song reflects a philosophical view of life as it reveals the vulnerability that we all feel at one time or another.  The main inspiration for the song came to me one night  when I was lying in bed and it occurred to me that the most vulnerable moment in a person's day is the moment before they close their eyes and drift off to sleep. 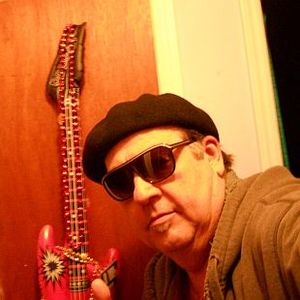 Thanks for listening to the music! 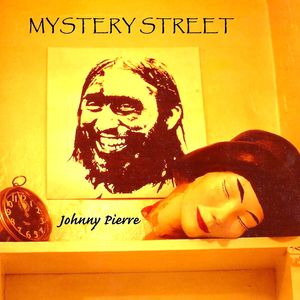